Are you sure about what you are reporting in the Lab

Today, let me throw upon the reader a very general question.


"Is there any microbiological laboratory test that is 100% accurate? What's the implication on routine Microbial testing". Take your time to think before you read on. This is one of the question that am often asked by the students. Microbiology in the laboratory should be impeccable as far as the clinical version is considered. If your test is not fully accurate then how confident are you in reporting the result and treat the patient based on the results you obtain?

Before i put up my answer let me quote from myself that i often speak about to my students. "There is no experiment that can be setup in a laboratory that is totally 100% perfect. In other words no experiment achieves 100% accuracy".

True value - The perfect real value that an experiment tries to measure. This is an ideal concept which cannot be achieved practically.

Accepted true value - The value approximating the true value, such that the difference between the two values is negligible. This is what can be achieved.

Error - The discrepancy between the result of a measurement and the true (or practically accepted true value).

So now i see that you are on track and having a faint idea what I'm heading to.

Let me put up a hypothetical case. A 53-year-old male farmer presents for evaluation of a growth on his arm. About a week ago, he noticed some mildly itchy red bumps on his arm. They started to blister a day or two later and then ruptured. During this time he had a low-grade fever, but otherwise felt well. Further questioning reveals that he has had no ill contacts and never had anything like this before. He has cows, horses, goats, sheep, and chickens on his farm. On examination of his right upper arm, you find a 4.5-cm circular black eschar surrounded by several vesicles (blisters) and edema. He has tender axillary lymph node enlargement (adenopathy). A Gram stain of fluid drained from a vesicle and a biopsy from the eschar both show chains of gram-positive bacilli on microscopy.

(*This case is taken from "Case files Microbiology- EUGENE C.TOY)

What would be your Best Guess?? Yes, you got it right. Its Bacillus anthracis. The ideal flow of this clinical case will be a sample will be sent to the Lab raising a suspicion of Anthrax bacteria. The lab would grow the bacteria in blood agar. Do some biochemical tests, test for antigen and end up confirming with PCR. And the report goes as "Sample contains B.anthracis". But if you had asked the reporting authority "How confident you are?" Well, its 99%. Where the hell has the remaining 1% gone".

Consider how microbiology is done. The sample despite a very good collection may not pick up everything. Even if it did pick up, all the organisms may not be grown in culture, thanks to the method of culture. Often the culture conditions that are provided is permissive only for a very narrow range of bacteria. So, it may simply be that a pathogen is not isolated in the lab, but a bystander organism that was picked up is now assumed to be the pathogen. However, this explanation is not statistically significant and moreover, B. anthracis is a well proven pathogen. So the report Bacillus makes good sense

Thats not all. The identification is often by biochemical reactions. Reactions are not flawless elements of microbial study. For instance, the reaction may have failed to perform due to various variables such as temperature and other conditions. Even if you had calibrated and maintained all these variables to minimum, variability is still there though not obvious. In addition, the calibration is done by comparing with a pre calibrated system which also has been calibrated from another. Considering that the original calibrated system is then used, each time an inevitable error is brought in. And every round this error increases exponentially. 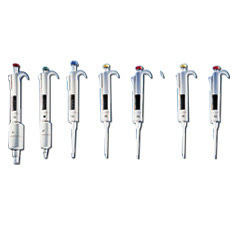 I cant resist myself from saying another point. You can identify only what you know. The basic tactic of microbiology is to rule out the some genus/species with each test and end up with only possible species that will give the set of reactions. So, if your test doesn't differentiate then you still have the other possibility. Now that can be a significant error. Now let us assume you have gone a step further and looked into DNA sequence by PCR and confirmed the status. The PCR looks into specific sequences based on the probing region you designed. And even if you have sequenced an entire genome (The method itself has an error), you still will not be able to say "100% IT IS B ANTHRACIS. NONE ELSE".


Am not impressing the fact that all the tests are useless. Instead I'm just trying to clarify the fact that there isn't any test that is 100% accurate. In other words, True value is not obtained.

One more angle of looking at this. Suppose the total accuracy of Sample collection is 80%, Biochemical testing is nearly 95%, gene testing is 99% then mathematically your confidence on the result is nearly 98%. Which means, if you are to repeat your testing a 100 times then 98 times u will end up with same organism as conclusion. And 2 time on the other side. So i must say that the you should report with good confidence. I could easily disprove that what i get as 2% discrepancy as error and hence should be ignored.

So my take home message is despite a negligible error and only 99% confidence your experiment is till worth. The error is unavoidable. On the contrary if your test has large error then the confidence is lost in report.
Email Post
Labels: General